Russian Direct Investment Fund (RDIF), along with Dr. Reddy’s Laboratories, has secured approval from the Drug Control General of India (DCGI) to carry out clinical trials of Sputnik V vaccine in India.

The approval from an Indian regulator allows conducting an adaptive phase 2/3 human clinical trial for Sputnik V vaccine in the country.

According to RDIF, the multi-centre and randomised controlled study will comprise safety and immunogenicity study.

Dr. Reddy’s Laboratories co-chairman and managing director G V Prasad said: “We acknowledge DCGI’s scientific rigour and guidance in the entire process. This is a significant development that allows us to commence the clinical trial in India and we are committed to bringing in a safe and efficacious vaccine to combat the pandemic.”

In September this year, Dr. Reddy’s collaborated with RDIF to carry out clinical trials of Sputnik V vaccine, as well as to distribute in India.

Under the deal, RDIF will supply 100 million doses of the vaccine to Dr. Reddy’s, after securing regulatory approval in the country.

At present, Sputnik V is being studied in phase 3 clinical trial in Russia, which aims to recruit up to 40,000 subjects. Last week, phase 3 clinical study of the vaccine has started in the UAE.

Developed by the Gamaleya National Research Institute of Epidemiology and Microbiology, the Sputnik V vaccine is said to be the world’s first registered vaccine against Covid-19 based on the human adenoviral vectors platform.

RDIF CEO Kirill Dmitriev said: “We are pleased to collaborate with the Indian regulators and in addition to Indian clinical trial data, we will provide safety and immunogenicity study from the Russian phase 3 clinical trial. This data will further strengthen the clinical development of Sputnik V vaccine in India.” 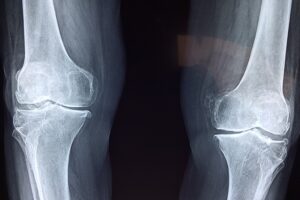