Ipsen Biopharmaceuticals has secured approval from the US Food and Drug Administration (FDA) for its Dysport (abobotulinumtoxinA) to treat upper limb spasticity in children.

The regulator has expanded the use of Dysport for injection to treat upper limb spasticity in children two years of age and older, excluding spasticity caused by cerebral palsy (CP).

Dysport is an injectable form of botulinum toxin type A (BoNT-A), which is separated and purified from Clostridium bacteria producing BoNT-A. It is provided as a lyophilised powder.

Spasticity is a condition in which there will be an abnormal increase in muscle tone or stiffness in one or more muscles, which may interfere with movement.

The current approval was based on data from a phase 3 study with children aged two to 17 years old being treated for upper limb spasticity.

The approval excludes use in children with upper limb spasticity caused by CP due to orphan drug exclusivity.

According to the company, the Dysport showed statistically significant improvements from baseline at week 6 with doses of 8 Units/kg and 16 Units/kg against 2 Units/kg, as measured by the Modified Ashworth Scale (MAS) in the elbow or wrist flexors.

It also showed a reduction in spasticity symptoms through 12 weeks for most children for both upper and lower limbs.

“We believe the data for both pediatric upper and lower limb spasticity underscore the role of Dysport as an important treatment option for patients seeking long-lasting spasticity symptom relief.”

In February this year, Ipsen agreed to acquire Canada-based Clementia Pharmaceuticals in an all-cash deal worth up to $1.3bn to boost its rare disease portfolio. 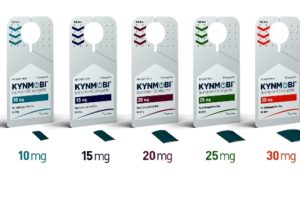