If approved for these indications, SIMPONI ARIA would be the first anti-tumor necrosis factor (TNF)-alpha biologic agent administered by intravenous infusion available for the treatment of these juvenile arthritides.

Juvenile Idiopathic Arthritis (JIA) is a group of disorders characterized by arthritis persisting for at least six weeks before the age of 16 years.i Approximately 300,000 children suffer from some form of JIA in the United States.ii The polyarticular form of JIA is most common and is characterized by inflammation in more than four joints and resembles adult rheumatoid arthritis (RA).iii Juvenile psoriatic arthritis (PsA) is one of the rarest subtypes of JIA and is characterized by both joint inflammation and skin lesions associated with psoriasis resembling adult PsA.iv,v

“All forms of JIA can be debilitating for children who live with the disease, and their parents and physicians often have a difficult time establishing a treatment plan given the limited options currently available for pediatric patients,” said Alyssa Johnsen, M.D., Ph.D., Vice President and Rheumatology Disease Area Leader, Janssen Research & Development, LLC. “At Janssen, we are focused on addressing unmet needs for all patients and are especially pleased to be taking these positive steps that could make a new treatment option available for these young patients.”

The submissions are based on results from the GO-VIVA Phase 3 clinical trial, which was an open-label study conducted to assess the pharmacokinetics, safety and efficacy of SIMPONI ARIA in children with pJIA ages two to 17 years who had active arthritis in five or more joints, despite receiving treatment with methotrexate for at least two months. The trial also included patients with jPsA.

GO-VIVA was designed to extrapolate data from a pivotal Phase 3 clinical development program for SIMPONI ARIA. Data extrapolation is the process of estimating future trends or effects based on previous observations. With limited pediatric patients available for clinical trial inclusion, researchers can extrapolate data from adult patient trials to determine the potential efficacy and tolerability of a treatment for the pediatric population.

GO-VIVA is a Phase 3, open-label, single arm, multicenter study conducted across nine countries with treatment received by 127 patients with active pJIA, despite current treatment with methotrexate. GO-VIVA is included as a post-marketing requirement under the Pediatric Research Equity Act (PREA) following the initial approval of SIMPONI ARIA for adults with moderately to severely active RA in 2013.

JIA is a group of disorders characterized by arthritis persisting for at least six weeks before the age of 16 years.i Approximately 300,000 children in the U.S. suffer from some form of JIA.ii

The polyarticular form of JIA causes inflammation in more than four joints and can be rheumatoid factor-positive or negative, with rheumatoid factor-positive polyarticular arthritis closely resembling adult RA.iii About 25 percent of children with JIA have the polyarticular form.vi Polyarticular JIA poses challenges given the number of joints involved in the condition and the refractory nature of the disease which can increase the risk of joint damage.vi Weight-bearing joints and the jaw can be affected, although the disease more commonly affects the small joints of the fingers and hands.vii

Juvenile PsA is one of the rarest subtypes of JIA with an estimated 2 to 11 percent of JIA patients affected by the disease.iv,v Juvenile patients experience many of the same PsA symptoms as adults, including pain, stiffness and swelling in and around the joints.iii

SIMPONI ARIA is the only fully human anti-TNF-alpha therapy administered via a 30-minute infusion approved for the treatment of adults with moderately to severely active RA, active PsA or active AS. 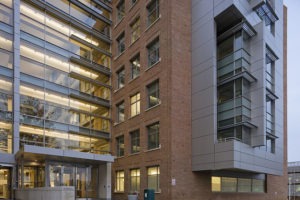