Jazz Pharmaceuticals announced the submission of a New Drug Application (NDA) to the US Food and Drug Administration on January 21, 2020 seeking marketing approval for JZP-258, an investigational medicine for the treatment of cataplexy and excessive daytime sleepiness (EDS) in patients 7 years of age and older with narcolepsy.

The company redeemed its priority review voucher for the NDA submission.

JZP-258 is a novel oxybate product candidate with a unique composition of cations resulting in 92%, or approximately 1,000 to 1,500 milligrams, less sodium than Xyrem® (sodium oxybate). This substantial reduction could allow patients to achieve a daily sodium intake target of 2,300 mg, and ideally 1,500 mg, as set by the American Heart Association.1

“Narcolepsy is a chronic disorder, for which lifelong therapy may be clinically indicated, and is associated with an increased risk of comorbid conditions, including hypertension and cardiovascular disease,” said Robert Iannone, M.D., M.S.C.E., executive vice president, research and development of Jazz Pharmaceuticals. “Jazz is committed to addressing unmet needs in sleep medicine, which includes working for nearly a decade to develop a novel oxybate formulation with a significant reduction in sodium.”

The submission is based on a Phase 3 global, double-blind, placebo-controlled, randomized-withdrawal, multicenter study that demonstrated the efficacy and safety of JZP-258 in the treatment of cataplexy and EDS associated with narcolepsy.

Narcolepsy is a chronic, debilitating neurological disorder characterized by excessive daytime sleepiness (EDS), and the inability to regulate sleep-wake cycles normally.2 It affects an estimated one in 2,000 people in the United States, with symptoms typically appearing in childhood or adolescence. It is estimated that more than 50% of people with narcolepsy have not been diagnosed.

Studies have shown it may take 10 years or more for people with narcolepsy to receive a diagnosis.4 EDS is the primary symptom of narcolepsy and is present in all people with the disorder.5 EDS is characterized by the inability to stay awake and alert during the day resulting in drowsiness and unplanned lapses into sleep.

Cataplexy, the most specific symptom of narcolepsy, is the sudden, generally brief (<2 minutes) loss of muscle tone with retained consciousness. It is usually triggered by strong emotions, such as laughter, surprise, or anger.

Although many emotions can potentially lead to cataplexy, those associated with mirth are usually the most potent.8 Cataplexy occurs in about 70% of people with narcolepsy

JZP-258 is an investigational medicine developed for the treatment of cataplexy and excessive daytime sleepiness in patients 7 years of age and older with narcolepsy, as well as for the treatment of idiopathic hypersomnia. JZP-258 is a novel oxybate product candidate with a unique composition of cations resulting in 92%, or approximately 1,000 to 1,500 milligrams, less sodium than Xyrem. JZP-258 has the same oxybate concentration as Xyrem and includes other cations, including calcium, magnesium and potassium. While the exact mechanism of action of JZP-258 is not fully understood, it is hypothesized that the therapeutic effects of JZP-258 on sleep/wake symptoms are mediated through modulation of GABAB during sleep. 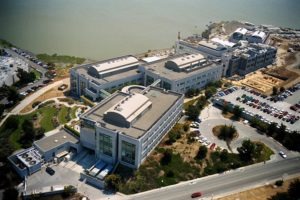