Janssen has submitted two MAAs in parallel supporting each vaccine in the two-dose regimen.

Janssen has submitted applications based on the data from phase 1, 2 and 3 clinical studies, which are assessing the safety and immunogenicity of the vaccine regimen in adults and children, preclinical studies and immunobridging analyses.

Johnson & Johnson significantly invested in Janssen’s Ebola vaccine regimen based on its decision to advance the development programme in 2014 in response to the West Africa epidemic.

Janssen vaccine regimen uses a viral vector strategy, under which adenovirus serotype 26 (Ad26) and Modified Vaccinia Virus Ankara (MVA) will be genetically modified to avoid the replication in human cells.

The vectors will also be modified to securely produce one of the Ebola virus proteins to generate an immune response.

According to the company, over 6,500 volunteers across the US, Europe and Africa have participated in more than 10 clinical studies of the Janssen vaccine, to date.

Johnson & Johnson chief scientific officer and executive vice chairman Dr Paul Stoffels said: “It is vital that we ensure global preparedness for Ebola given that the world’s largest Ebola outbreaks have taken place in the last six years alone, with the latest currently underway in the Democratic Republic of the Congo (DRC).

“With an understanding that vaccines have an important role to play in countering this epidemic threat, we look forward to the EMA’s review of our applications for licensure.”

In August this year, the Janssen Pharmaceutical Companies has secured approval from the European Commission (EC) for two new indications of Imbruvica (ibrutinib). 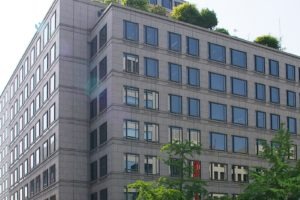