Merck has signed an agreement to acquire biopharmaceutical firm Tilos Therapeutics in a deal valued at around $773m (£608m).

Tilos Therapeutics is involved in the development of therapeutics, which targets the latent TGFβ complex to treat cancer, fibrosis and autoimmune diseases.

TGFβ is a potent cytokine supposed to play a key role in the development of cancer and fibrotic diseases.

TGFβ is secreted as a complex with the protein called latency-associated peptide (LAP), which forms a cage around TGFβ to hold the cytokine in an inactive state until it is deployed.

According to Merck, evidence has demonstrated that anti-LAP antibodies block the release of TGFβ from the TGFβ-LAP complex with the potential to offer a novel therapeutic mechanism to decrease TGFβ activity.

“Tilos has developed a compelling portfolio of candidates that employ a novel approach to modulating the potent signaling molecule TGFβ by binding to latency-associated peptide, with potential applications across a range of disease indications.”

As per terms of the deal, Merck’s will purchase all outstanding shares of Tilos. The deal includes an upfront payment and contingent milestone payments.

Boehringer Ingelheim Venture Fund and Partners Innovation Fund have established Tilos based on discoveries by the laboratory of Dr. Howard Weiner at Brigham and Women’s Hospital and Harvard Medical School. ShangPharma Innovation Fund has provided an additional investment.

Tilos Therapeutics CEO Dr Barbara Fox said: “We are proud that the Tilos team has advanced the discoveries of our scientific founders by developing a portfolio of anti-LAP antibodies designed to realize the full potential of TGFβ-modulating therapeutics.”

Peloton is involved in the development of novel small molecule therapeutic candidates targeting hypoxia-inducible factor-2α (HIF-2α) to treat patients with cancer and other non-oncology diseases. 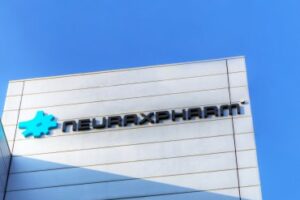