Moderna, a biotechnology company pioneering messenger RNA (mRNA) therapeutics and vaccines to create a new generation of transformative medicines for patients, today announced that the U.S. government has secured 100 million doses of mRNA-1273 as part of the U.S. government’s goal of securing early access to safe and effective COVID-19 vaccines for the American people.

Under the terms of the agreement, the U.S. government, as a part of Operation Warp Speed, will also have the option to purchase up to an additional 400 million doses of mRNA-1273 from Moderna. The U.S. government has announced that consistent with its commitment to free access to COVID-19 vaccines, Americans will receive mRNA-1273 at no cost for the vaccine itself. As is customary with government-purchased vaccines, healthcare professionals could charge for the cost of administering the vaccine.

“We appreciate the confidence of the U.S. government in our mRNA vaccine platform and the continued support,” said Stéphane Bancel, Moderna’s Chief Executive Officer. “We are advancing the clinical development of mRNA-1273 with the ongoing Phase 3 study being conducted in collaboration with NIAID and BARDA. In parallel, we are scaling up our manufacturing capability with our strategic partners, Lonza, Catalent and Rovi, to address this global health emergency with a safe and effective vaccine.”

“For Operation Warp Speed, we are assembling a broad portfolio of vaccines to increase the odds that we will have at least one safe, effective vaccine as soon as the end of this year,” said HHS Secretary Alex Azar. “With this latest investment, we will have supported the vaccine candidate developed by Moderna in partnership with the NIH all the way from early development through clinical trials and now manufacturing, with the potential to bring millions of safe and effective doses to the American people.”

Over the past nine years, Moderna has invested in creating and developing a novel platform for designing and manufacturing a new class of mRNA-based vaccines. The investments in this proprietary platform have enabled Moderna to expeditiously create, manufacture and clinically develop mRNA-1273 to potentially address the current COVID-19 pandemic. A summary of the company’s work to date on COVID-19 can be found here.

The Biomedical Advanced Research and Development Authority (BARDA), part of the Office of the Assistant Secretary for Preparedness and Response (ASPR) within the U.S. Department of Health and Human Services (HHS), supported the research and development of mRNA-1273 with $955 million in federal funding under Contract no. 75A50120C00034. BARDA is reimbursing Moderna for 100 percent of the allowable costs incurred by the company for conducting the program described in the BARDA contract. The U.S. government is providing up to $1.525 billion in funding for the supply of mRNA-1273 under U.S. Department of Defense Contract No. W911QY-20-C-0100.

mRNA-1273 is an mRNA vaccine against COVID-19 encoding for a prefusion stabilized form of the Spike (S) protein, which was co-developed by Moderna and investigators from the National Institute of Allergy and Infectious Disease’s (NIAID) Vaccine Research Center.

The first clinical batch, which was funded by the Coalition for Epidemic Preparedness Innovations, was completed on February 7, 2020 and underwent analytical testing; it was shipped to the National Institutes of Health (NIH) on February 24, 42 days from sequence selection. The first participant in the NIAID-led Phase 1 study of mRNA-1273 was dosed on March 16, 63 days from sequence selection to Phase 1 study dosing.

Moderna scientists designed the company’s prophylactic vaccines modality to prevent infectious diseases. More than 1,900 participants, prior to enrolling the Phase 3 study of mRNA-1273, have been enrolled in Moderna’s infectious disease vaccine clinical studies under health authorities in the U.S., Europe and Australia. Clinical data demonstrate that Moderna’s proprietary vaccine technology has been generally well-tolerated and can elicit durable immune responses to viral antigens. Based on clinical experience across Phase 1 studies, the company designated prophylactic vaccines a core modality and is working to accelerate the development of its vaccine pipeline.

The potential advantages of an mRNA approach to prophylactic vaccines include the ability to combine multiple mRNAs into a single vaccine, rapid discovery to respond to emerging pandemic threats and manufacturing agility derived from the platform nature of mRNA vaccine design and production. Moderna has built a fully integrated manufacturing plant which enables the promise of the technology platform. 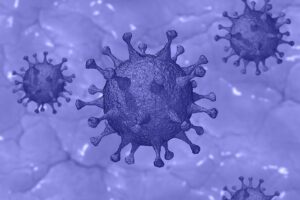