The objective of this Phase 1 is to determine safety, bio-distribution, and preliminary effectiveness of AlphaMedix in patients with somatostatin receptor positive neuroendocrine tumors (NETs).

Orano Med’s CEO Julien Dodet said: “The extraordinary mobilization of Orano Med’s team, our RadioMedix partner, and Excel Diagnostics and Nuclear Oncology Center has allowed the dosing of these first three patients only a month after IND approval. It’s an important milestone, and we’re eager to see first results.”

The initial cohort of patients was given a single dose of AlphaMedix™, produced by Orano Med in Plano, Texas. If dose limiting toxicity is not seen after two months, the dosage will be increased for the second patient cohort.

AlphaMedix™ is a radiolabeled SSTR-targeting therapeutic investigational drug for treatment of NET patients. The product consists of SSTR-targeting peptide complex radiolabeled with 212Pb and serve as an in vivo generator of alpha-emitting particles. 212Pb isotope is particularly suitable for SSTR therapy applications based upon its half-life, energy and decay properties.

Dr. Ebrahim S. Delpassand, chairman and CEO of RadioMedix, and Medical Director of Excel Diagnostics and Nuclear Oncology Center, added: “AlphaMedix™ has a strong potential to treat patients with NETs and overcome some of the limitations of the current therapies.

“If similar impressive results that we saw during preclinical studies can be translated in our clinical trial, AlphaMedix™ will have an important positive impact on survival and quality of life of our patients with NETs. The combination of Orano Med’s and RadioMedix’s expertise is a key asset to reach that objective.”

Neuroendocrine tumors (NETs) are a heterogeneous group of rare neoplasms that originate from neuroendocrine cells. These neoplasms occur mostly in the gastrointestinal tract and pancreas, but can also occur in other tissues including thymus, lung, and other uncommon sites such as ovaries, heart, and prostate. Most NETs strongly express somatostatin receptors (SSTRs). 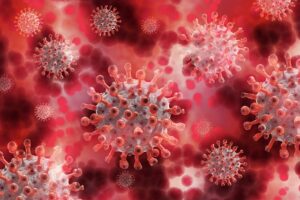