RedHill Biopharma announced that RHB-204 has been granted Fast Track designation by the U.S. Food and Drug Administration (FDA) for its development as a potential first-line, stand-alone, oral treatment of pulmonary nontuberculous mycobacteria (NTM) disease caused by Mycobacterium avium Complex (MAC) – a rare disease for which there is no FDA-approved first-line therapy.

The FDA’s Fast Track designation is designed to help progress development and speed up the review of novel therapies for serious conditions for which there is an unmet medical need – with the aim of getting important new therapies to patients more quickly.

With the Fast Track designation, RedHill will have access to early and frequent communications with the FDA, to expedite the RHB-204 development program, and to a rolling review of a New Drug Application (NDA). Having already been granted Qualified Infectious Disease Product (QIDP) designation, RHB-204 is also eligible for NDA Priority Review and Accelerated Approval.

RedHill recently initiated a Phase 3 study evaluating the safety and efficacy of RHB-204 as a first-line treatment for pulmonary NTM disease, to be conducted at up to 40 sites across the U.S.

“Given the urgent need to improve therapeutic options for patients with NTM disease, we welcome this Fast Track designation and the regulatory support it provides in expediting the ongoing Phase 3 development program for RHB-204 and any subsequent potential approvals,” said Patricia Anderson, RedHill’s Senior Vice President of Regulatory Affairs.

“NTM disease is thankfully rare but its prevalence is increasing in many areas of the world. It is a notoriously difficult to treat disease and, if not effectively treated, can cause scarring and fibrosis in the lungs – potentially leading to respiratory failure. Many patients fail current therapies, and more than half will have either recurring disease or a new infection after completing treatment [1],[2].”

Pulmonary nontuberculous mycobacteria (NTM) disease is a chronic and debilitating lung disease caused by ubiquitous environmental bacteria found in soil, as well as natural and engineered water systems. The most common NTM symptoms include fever, weight loss, chest pain, and blood in sputum[3]. Pulmonary NTM disease can lead to recurring cases of bronchitis and pneumonia and can, in some cases, lead to respiratory failure[4].

RHB-204 is a proprietary, fixed-dose oral capsule containing a combination of clarithromycin, rifabutin, and clofazimine, developed for the treatment of pulmonary NTM disease caused by Mycobacterium avium Complex (MAC).

In addition to FDA Fast Track designation, RHB-204 has been granted FDA Orphan Drug designation for the treatment of NTM disease and QIDP Designation under the Generating Antibiotic Incentives Now Act (GAIN Act), extending U.S. market exclusivity for RHB-204 to a potential total of 12 years to be granted at the time of FDA approval. RHB-204 is also covered by U.S. patents which extend patent protection until 2029 and a pending U.S. patent application which, if allowed, could extend RHB-204 patent protection until 2041. 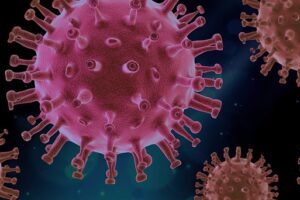