Biotechnology company Regeneron will invest about $800m over seven years to expand its laboratory space, manufacturing capacity and warehouse facilities at the company's Rensselaer County campus and create 1,500 new full-time jobs in the greater Capital Region.

New York Governor Andrew M. Cuomo said: “New York is proud to be at the forefront of the life sciences industry and the home of global biotech leaders like Regeneron.

“The continued growth of Regeneron here in New York is yet another indication that we are leading the way in the life sciences and attracting the jobs of tomorrow. Regeneron’s expansion will further drive economic growth in the Capital Region and fuel lifesaving innovation and development that benefits the entire world.”

Regeneron is a science-driven biotechnology company headquartered in Tarrytown, New York that discovers and develops innovative medicines for the treatment of people with serious diseases.

Regeneron was established as a biotech start-up in 1988 in New York City; the following year, under the leadership of then-Governor Mario Cuomo, Empire State Development invested $250,000 into the company. Within years, the state realized a 300-percent return on that investment.

Today, Regeneron is the largest biotech company in New York State and one of the largest in the world. For the past five years, Forbes Magazine has named Regeneron one of the top ten most innovative companies across all industries.

Regeneron president and CEO Leonard Schleifer said: “Regeneron was founded as a proud New York company 30 years ago, and we appreciate the continued commitment of Governor Cuomo’s administration to make New York the ideal location to build and expand an innovative life science company. As our number of approved and investigational medicines continues to grow, our need for world-class manufacturing teams and facilities also increases. These state incentives, along with other state and federal policies, have helped Regeneron keep and expand our operations in New York State, which will benefit the local economy and help us achieve our mission of bringing new medicines to people with serious diseases.”

Regeneron and the Wadsworth Center Laboratory will jointly research how the causative agent of Lyme disease, the bacterium Borrelia burgdorferi, replicates when a human is bitten by a tick carrying the bacterium, and how the host’s immune response is activated. This information will potentially advance the development of improved diagnostics, prophylactics, and new therapeutics.

Over the course of five years, Regeneron will invest up to $48 million in this research and the state will reimburse 50 percent of Regeneron’s research costs up to a total reimbursement of $24 million through the New York State Life Sciences Initiative. Additionally, up to $6 million will be provided to Wadsworth Center Laboratory through the Life Sciences Initiative.

In the FY 2018 budget, New York State enacted a $620 million initiative to spur the growth of a world-class life science research cluster in New York, as well as expand the state’s ability to commercialize this research and grow the economy.

This multi-faceted initiative includes $100 million to expand the Excelsior Jobs Program Tax Credit across the life sciences industry, $100 million for a life sciences research and development refundable tax credit program, and $320 million in other forms of investment. This includes state capital grants to support the development of wet-lab and innovation space, operating support and investment capital for early stage life science companies that leverages an additional match of at least $100 million from the private sector.

The Life Science sector encompasses the fields of biotechnology, pharmaceuticals, biomedical technologies, life systems technologies, and includes organizations and institutions that devote the majority of their efforts to the various stages of research, development, technology transfer and commercialization.

Every day, firms in this sector are developing new medical and pharmaceutical breakthroughs that have the potential to save lives, whether through new therapies or the early detection of diseases like autism and cancer. These firms are also making significant advancements in the realms of agriculture and environmental biotechnologies, helping create a cleaner and more sustainable future.

By strengthening incentives, investing in the facilities, and improving access to talent and expertise, New York will significantly increase its share of industry-funded research and development, support the commercialization of existing academic research, and usher in the next generation of advanced technologies. Beyond the advancements in science, this initiative will position New York as a magnet for emerging manufacturing- based enterprises, bolstering regional economies and creating thousands of jobs. 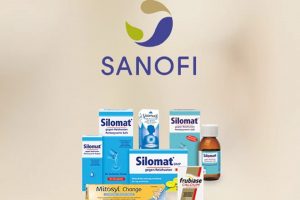