ViiV Healthcare, the global specialist HIV company majority owned by GSK, with Pfizerand Shionogi Limited as shareholders, today announced that the company will be developing the investigational broadly neutralising antibody (bNAb) N6LS for the treatment and prevention of HIV-1, as part of an exclusive licensing agreement between GSK and the National Institute of Allergy and Infectious Diseases (NIAID), part of the National Institutes of Health (NIH).

Broadly neutralising antibodies are antibodies that can recognise and block the entry of different strains of HIV into healthy cells. N6LS is an antiviral bNAb that works by binding to a specific site (gp120) on the surface of HIV that prevents its entry into uninfected immune system cells (CD4+ T-cells). By blocking HIV’s entry into human CD4+ cells, HIV replication is halted, and the HIV transmission process may be prevented.

Kimberly Smith, M.D., Head of Research & Development at ViiV Healthcare, said: “We are excited to advance N6LS from its current proof of concept stage to the next step in its development by studying this bNAb as a long-acting medicine that could potentially be used for both treatment and prevention of HIV. By continuing to research new ways that people living with HIV can reach undetectable viral loads, we build on our ten-year history of furthering innovative science in HIV and take another important step forward in ending the epidemic.”

ViiV Healthcare looks forward to initiating a phase IIa study with material manufactured by the NIAID Vaccine Research Center that will evaluate the efficacy, safety, tolerability, and pharmacokinetic profile of N6LS in adults living with HIV.

N6LS was originally discovered and developed by scientists at NIAID’s Laboratory of Immunoregulation and VRC. NIH and GSK entered into a Cooperative Research and Development Agreement (CRADA) to jointly identify and further develop new bNAbs such as N6LS that could serve as the next generation of treatment regimens for people living with HIV and preventative options for HIV transmission. This exclusive license outlines a programme for ViiV Healthcare’s development of N6LS as well as milestone payments and royalties to the NIAID. 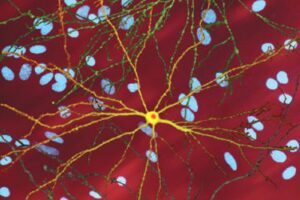