Xynomic’s RET kinase inhibitors are a class of acetylene derivatives with novel and stable structures. Preliminary activity tests showed that they exhibited outstanding selectivity and inhibitory activity against TT tumor cells, and some compounds were identified as having submicromolar IC50 values in the mid- to low-nanomolar range. Further structure-activity relationship studies are currently underway to quickly screen and obtain lead compounds.

“XRI focuses on research and development of innovative oncology drug candidates. We have recently upgraded our infrastructure and equipment and hired additional scientists. We believe that we are now well positioned to fully leverage XRI’s capacity to efficiently design and synthesize cutting edge molecules.” Mr. Y. Mark Xu, Chairman and CEO of Xynomic commented.

XRI has already filed global patents for internally discovered pre-clinical drug candidates XP-103 and XP-104. XP-103 is a dual inhibitor of tropomyosin receptor kinases and Fra-1 enzymes currently in the lead optimization stage. XP-104 is a RET inhibitor being investigated for use against multiple tumors, especially tumors that have developed resistance against other targeted therapies. Animal studies of XP-104 is expected to start soon. 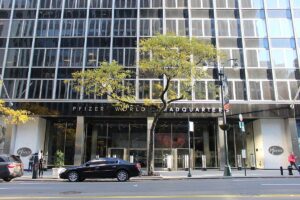