AbbVie to acquire TeneoOne and multiple myeloma drug from Teneobio

AbbVie is set to acquire Teneobio affiliate TeneoOne and its lead drug candidate TNB-383B, which is being developed to treat relapsed or refractory multiple myeloma (R/R MM).

The deal is made possible via AbbVie’s exercise of its exclusive right to purchase TeneoOne and TNB-383B. The acquisition option was part of a strategic alliance formed with Teneobio in February 2019.

Under the alliance, AbbVie and TeneoOne agreed to develop and commercialise TNB-383B, an immunotherapeutic.

A bispecific antibody, TNB-383B acts on B cell maturation antigen (BCMA) and cluster of differentiation 3 (CD3) concurrently. It is developed to direct the body’s immune system to target and destroy tumour cells that express BCMA.

AbbVie’s decision to exercise the acquisition right is based on interim data from an ongoing Phase I clinical trial assessing the safety, clinical pharmacology, and clinical activity of the drug candidate.

Results from the interim analysis, which involved 103 participants, showed an objective response rate of 79% and a very good partial response or better of 63% with TNB-383B doses ≥40 mg in the dose escalation groups.

The findings, with a median follow-up of 6.1 months, also revealed 29% complete response. AbbVie noted that the median duration of response has not been attained at the time of the interim analysis.

During the trial, the most common treatment-emergent adverse events across all grades were cytokine release syndrome, fatigue and neutropenia.

AbbVie vice-chairman and president Michael Severino said: “Since the beginning of this partnership, we have been encouraged by the potential of TNB-383B as a promising new therapy for multiple myeloma, and our analysis of the Phase I data to date has allowed us to make this decision with confidence.

“While other BCMA and CD3 bispecific therapies require weekly administration, the recommended Phase II dose of TNB-383B will investigate infrequent dosing of every three weeks for intravenous administration, which is an important treatment factor for people living with multiple myeloma.”

Financial details of the transaction were not disclosed. 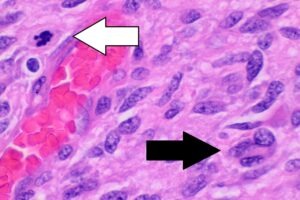