AbbVie has submitted a supplemental New Drug Application (sNDA) to the US Food and Drug Administration (FDA) for its therapy cariprazine (VRAYLAR) to treat major depressive disorder (MDD).

Cariprazine is intended for the adjunctive treatment of MDD patients who are receiving ongoing antidepressant therapy.

The company’s sNDA submission is based on data obtained from clinical trials that were announced earlier.

In a Phase III Study 3111-301-001, a clinically and statistically significant change was observed from baseline to week six in the Montgomery-Åsberg Depression Rating Scale (MADRS) total score for patients who received 1.5mg/day of cariprazine versus placebo.

Additionally, RGH-MD-75, a second registration-enabling study, where patients received cariprazine at 2-4.5mg/day, also demonstrated a significant change from baseline to week eight in the MADRS total score, as against placebo.

Both these clinical trials showed consistent safety data that was in line with cariprazine’s established safety profile across indications.

Furthermore, no new safety events were identified in the trials.

The submission was also supported by the study RGH-MD-76 that analysed the therapy’s long-term safety and tolerability for 26 weeks.

AbbVie vice chairman and president Michael Severino said: “Many people living with major depressive disorder struggle to find a treatment that reduces their depressive symptoms, with many taking years to find the right treatment.

“Cariprazine, when added to ongoing antidepressant treatment in patients with major depressive disorder, demonstrated that it can reduce depressive symptoms.

“We look forward to working closely with the FDA during the review of our submission to bring a potential new adjunctive therapy to patients with major depressive disorder who are taking an antidepressant and seeking additional relief.”

Upon securing approval from the FDA, it will be the fourth indication for cariprazine joining approvals for the treatment of schizophrenia in adults, the acute treatment of manic or mixed episodes and depressive episodes associated with bipolar I disorder. 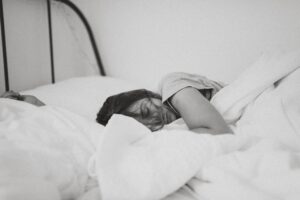