Actinogen Medical has enrolled the final patient into XanADu, a phase 2 clinical trial to evaluate Xanamem in the treatment of patients with mild Alzheimer’s disease.

A total of 186 patients have been enrolled into the study, surpassing the Company’s initial target of 174 patients. The increased enrolment numbers followed high engagement from study sites and research teams participating in this important global Alzheimer’s trial.

XanADu is a randomized, double-blind, multi-centre clinical study comparing Xanamem to placebo in patients with mild dementia due to Alzheimer’s disease.

XanADu is the largest and most comprehensive international Alzheimer’s treatment trial run by an Australian biotech company.

The final patient will complete the trial in four months, following three months of treatment with Xanamem or placebo followed by a one-month observation period off-treatment.

All the trial data will then be collated, reviewed, and quality controlled, before being analysed. The Company is on track to report out the results during the second quarter 2019, as previously announced.

Actinogen Medical CEO Bill Ketelbey said: “Enrolment of the final patient into XanADu represents a major milestone for Actinogen, as we now have certainty on the timeline to completion of the trial and to the reporting out of the results.

“We eagerly await the trial outcomes as they may be a significant step forward in developing an effective new treatment approach for patients with mild Alzheimer’s disease, and could make a substantial impact in the future treatment of this devastating disease.”

“I’d like to thank all patients who participated in this trial, their families and carers, and all the trial sites around the world.

“Their commitment to medical research, and to extending our understanding of cognitive impairment and Alzheimer’s disease, benefits society as a whole and could help uncover important new drugs to treat these diseases.” 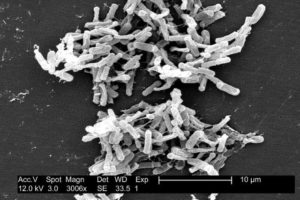