Amneal submits NDA to US FDA for Parkinson’s disease treatment

Amneal Pharmaceuticals has submitted a new drug application (NDA) to the US Food and Drug Administration (FDA) for IPX203 to treat Parkinson’s disease (PD).

The company’s NDA submission is based on the data obtained from the pivotal Phase III RISE-PD clinical trial, which was conducted at 105 clinical locations in the US and European countries, including Spain, Czechia, Poland, the UK, France, Italy, and Germany.

“Good On” time is referred as the sum of “On” time with non-troublesome dyskinesia and without dyskinesia.

The findings demonstrated that the participants who received IPX203 had significantly less “off” time compared with immediate-release CD/LD.

Amneal Pharmaceuticals co-chief executive officer Chintu Patel said: “We are committed to furthering the advancement of treatments that can provide longer-lasting duration of benefit with every dose and simplify medication regimens.

“The RISE-PD data indicate IPX203 can offer patients a new and important treatment option that will enable them to have more “Good On” time during the day, which we believe would be a significant new benefit for Parkinson’s patients. We are working with the FDA to bring this treatment to market.” 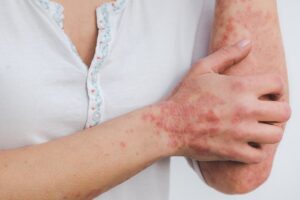