Ardelyx and its Japanese collaboration partner Kyowa Kirin have amended their license agreement for tenapanor.

Initially executed in 2017, the agreement grants exclusive rights to Kyowa Kirin for the development and commercialisation of Ardelyx’s tenapanor to treat cardiorenal diseases including hyperphosphatemia in Japan.

Tenapanor is a targeted, small molecule therapy which is being developed to treat hyperphosphatemia, a condition of elevated levels of phosphate in the blood.

Under the terms of the deal, Kyowa Kirin will pay up to additional $40m in two tranches to Ardelyx for a reduction in the royalty rate on net sales of tenapanor in Japan.

The first payment will be made after filing an application with the Japanese Ministry Health, Labour and Welfare (MHLW) to market tenapanor.

Kyowa Kirin will make the second payment after the receipt of approval to market tenapanor for hyperphosphatemia in the country.

Ardelyx president and CEO Mike Raab said: “We are pleased to amend our longstanding agreement with Kyowa Kirin in a mutually beneficial way.

“We believe that this agreement is reflective of both the positive clinical data Kyowa Kirin has generated for tenapanor and the attractive opportunity for treating hyperphosphatemia in dialysis patients in Japan.”

Kyowa Kirin is finalising its Phase III programme for the therapy for hyperphosphatemia.

In the second half of this year, the company expects to file for approval with Kyowa Kirin.

Ardelyx hopes to receive a decision from Kyowa Kirin regarding the application in the second half of next year.

Tenapanor, the company’s first approved product, is available in the US. 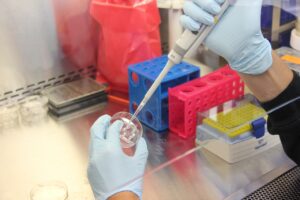