The Japanese conglomerate plans to acquire Veloxis Pharmaceuticals through its Danish subsidiary Asahi Kasei Pharma Denmark in a move to accelerate its transformation into a global healthcare company.

Established in 2002, Veloxis Pharmaceuticals is a commercial-stage speciality pharmaceutical company, which is focused on the development, manufacturing, and sale of immunosuppressive drugs that are used during and after transplant surgery of organs.

The Danish company, which also operates in the US, had developed Envarsus XR (tacrolimus extended-release tablets), a once-daily immunosuppressant developed to help prevent organ rejection in people who had a kidney transplant.

The immunosuppressant drug had been developed based on its MeltDose drug delivery technology, which is designed to improve the absorption and bioavailability of select orally administered medicines.

The Danish pharma company is focused on the direct commercialisation of Envarsus XR in the US, expansion of partnerships for markets across the world, and acquisition of assets used in transplant patients and by adjacent medical specialities.

Asahi Kasei president and representative director Hideki Kobori said: “The Asahi Kasei Group is attracted by the results of Veloxis and will actively support the management team’s strategy to drive further value to the business by completing key value creating projects and evaluate potential new strategic options aimed at growing the Veloxis Group’s business while utilizing potential synergies within the Asahi Kasei Group.

“We look forward to the contribution of the Veloxis team to growing our global healthcare business.”

Veloxis Pharmaceuticals’ board of directors has decided unanimously that it will recommend the company’s shareholders and warrant-holders to accept the offer from the Japanese group. The offered price for the Danish pharma company is DKK6 ($0.88) per share except for shares and warrants owned by two majority shareholders – Novo and Lundbeckfond Invest and a group of directors, who have accepted a price of DKK4.45 ($0.66) per share.

Novo and Lundbeckfond Invest currently hold stakes of 36.6% each in the Danish pharma firm.

Veloxis Pharmaceuticals board of directors chairman Michael Heffernan said: “Veloxis has created significant value for all shareholders which we believe is reflected in this tender offer.

“We are excited about the commitment Asahi Kasei has made to the continued development of Veloxis while also maintaining the Company’s focus on improving the lives of transplant patients.”

The closing of the transaction will be based on antitrust clearances and meeting of other customary closing conditions. 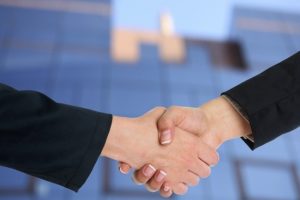