AstraZeneca withdraws Imfinzi indication in US for bladder cancer

AstraZeneca has voluntarily withdrawn the Imfinzi (durvalumab) indication for adult patients who received treatment earlier in the US for locally advanced or metastatic bladder cancer.

AstraZeneca has voluntarily withdrawn the Imfinzi (durvalumab) indication for adult patients who received treatment earlier in the US for locally advanced or metastatic bladder cancer.

The company has made this decision for withdrawal in consultation with the US Food and Drug Administration (FDA).

AstraZeneca’s Imfinzi is a human monoclonal antibody which binds to PD-L1 and blocks its interaction with PD-1 and CD80, thereby countering the immune-evading tactics of the tumour and releasing the inhibition of immune responses.

The antibody secured an accelerated approval from FDA in May 2017 depending on the tumour response rates as well as the duration of response data from Study 1108, a Phase I/II trial.

This trial evaluated the safety and efficacy of Imfinzi in advanced solid tumours, including previously treated bladder cancer.

Continued approval of the antibody was dependent on the DANUBE Phase III trial results in the first-line metastatic bladder cancer setting, which failed to meet its primary endpoints last year.

Imfinzi’s withdrawal aligns with FDA guidance to evaluate indications with accelerated approvals which it did not meet post-marketing requirements, as part of a broader evaluation across the industry.

AstraZeneca stated that the withdrawal does not affect the other approved Imfinzi indications within or outside the US.

AstraZeneca Oncology Business Unit executive vice-president Dave Fredrickson said: “The science of immunotherapy has moved swiftly over the past few years, bringing new options to patients at an unprecedented pace.

“While the withdrawal in previously treated metastatic bladder cancer is disappointing, we respect the principles FDA set out when the accelerated approval pathway was founded and remain committed to bringing new and innovative options to patients.

“In the last three years, Imfinzi has become an important standard of care in multiple lung cancer settings, an area of considerable focus for AstraZeneca.” 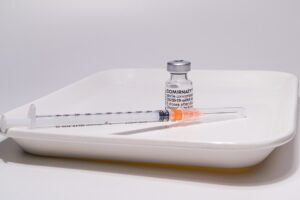