ViiV Healthcare said that the injectable two-drug regimen of cabotegravir and rilpivirine succeeded in the ATLAS-2M phase 3 trial in adult patients with HIV-1 by meeting the primary endpoint.

Cabotegravir is an investigational integrase inhibitor (INI) developed by ViiV Healthcare, while Edurant (rilpivirine) has been developed by Janssen as a non-nucleoside reverse transcriptase inhibitor (NNRTI) for the treatment of HIV-1 infection in combination with other antiretroviral agents.

The two-drug regimen achieved the primary endpoint in the ATLAS-2M trial by showing similar efficacy of the constituent drugs administered every eight weeks, in comparison to their four-week administration.

The late-stage trial study, which featured 1,045 adults, was designed to prove the non-inferior antiviral activity and safety of the drug regimen administered every eight weeks. This was in comparison to every four weeks administration of the same drug combination over a 48-week treatment period in HIV-1 patients whose viral load is suppressed and who are not resistant to the constituent drugs.

Non-inferiority was judged by comparing the proportions of participants having plasma HIV-RNA ≥ 50 copies per milliliter (c/mL) using the FDA Snapshot algorithm at Week 48.

ViiV Healthcare said that the overall safety, virologic response, and drug resistance results for the injectable regimen, administered every eight weeks, were in line with results from the phase 3 ATLAS trial.

The specialist HIV company, which is owned by GSK, Pfizer, and Shionogi, had previously submitted regulatory applications to both the US Food and Drug Administration (FDA) and the European Medicines Agency (EMA) seeking approval for the cabotegravir, rilpivirine combination for the treatment of HIV-1.

ViiV Healthcare research and development head Kimberly Smith said: “We are excited to report that for the first time since the AIDS epidemic started more than 30 years ago, our ATLAS-2M study has demonstrated that it is possible to maintain suppression of the HIV virus with an injectable regimen containing two drugs administered every two months.

“This is further progress in our efforts to reduce the number of medicines a person living with HIV must take while also reducing the frequency of treatments. The ATLAS-2M study results mean that people living with HIV could maintain viral suppression with six total treatments per year, instead of a daily oral treatment 365 times per year. Approval of this regimen would mark a significant change in the HIV treatment paradigm.” 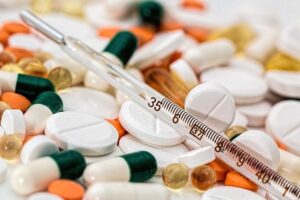