CVC Fund VII has agreed to acquire holding company, FIMEI, which owns a 51% stake in Recordati.

The consortium is comprised of PSP Investments and StepStone.

FIMEI chairman and CEO Alberto Recordati said: “We have found in CVC a partner who shares our vision, values and passion for the company, its employees and its role in developing and distributing healthcare around the world.”

Based in Milan, Recordati is an international pharmaceutical group engaged in the research, development, manufacturing and marketing of pharmaceuticals.

The firm promotes a range of advanced pharmaceuticals, both proprietary and under license, in multiple therapeutic areas.

Recordati carries out operations in major European countries, Russia, Turkey, North Africa, the US, Canada, Mexico and in some South American countries.

As per terms of the deal, the members of the Recordati family will secure up to €750m in the form of a deferred and subordinated long-term debt security.

The consortium will make a mandatory tender offer to the remaining minority shareholders, as per the ONSOB rules.

Subject to mandatory competition approvals, the deal is expected to complete in the last quarter of this year.

Jefferies International served as financial advisor, Pedersoli Studio Legale as legal advisor and Walter Bevilacqua as general advisor to all the shareholders of FIMEI.

Recordati CEO Andrea Recordati said: “I believe that this is great outcome for the company and its employees who will benefit greatly from having CVC as a partner.

“In the process of finding the best partner to take Recordati forward, it was important to find a party that would allow Recordati to remain independent, with continuity for management and employees, and accelerate its growth strategy as a leading global consolidator in the pharmaceutical industry.” 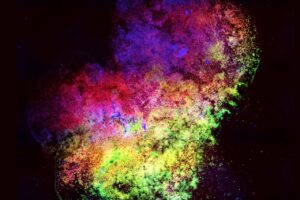