Hemlibra can be used in all age groups, and can also now be used at multiple dosing options (once weekly, every two weeks, or every four weeks) for all indicated people with haemophilia A, including those with factor VIII inhibitors.

“We are delighted that now people with severe haemophilia A without inhibitors in the EU will also have the opportunity to benefit from Hemlibra, which has been shown to significantly reduce bleeds compared to no prophylaxis and compared to prior factor VIII prophylaxis,” said Dr Elena Santagostino, Director of the Hemophilia Unit at the Angelo Bianchi Bonomi Hemophilia and Thrombosis Centre of the Cà Granda Foundation, Maggiore Hospital Policlinico of Milan, Italy. “We are hopeful that the three different dosing options will allow people with haemophilia A and their physicians to choose the option that’s right for them, based on their lifestyle and preferences.”

“Today’s approval is a landmark moment as Hemlibra is the first new class of treatment for people with severe haemophilia A without inhibitors in nearly 20 years,” said Sandra Horning, MD, Roche’s Chief Medical Officer and Head of Global Product Development. “Moreover, Hemlibra can effectively control bleeds while offering subcutaneous dosing once weekly, every two weeks or every four weeks. We will continue to work with EU member states, to bring this important treatment to those in need as quickly as possible.”

In the phase III HAVEN 3 study, adults and adolescents aged 12 years or older with haemophilia A without factor VIII inhibitors who received Hemlibra prophylaxis once weekly (n=36) or every two weeks (n=35) experienced a 96% (rate ratio [RR]=0.04; p<0.0001) and 97% (RR= 0.03; p<0.0001) reduction in treated bleeds, respectively, compared to those who received no prophylaxis (n=18). Hemlibra is the first medicine to significantly reduce treated bleeds compared to prior factor VIII prophylaxis, the standard of care for people with haemophilia A without factor VIII inhibitors, as demonstrated by a statistically significant reduction of 68% (RR=0.32; p<0.0001) in treated bleeds in an intra-patient comparison (n=48) of people who previously received factor VIII prophylaxis in a prospective non-interventional study and switched to Hemlibra prophylaxis.

In pooled data from the phase III HAVEN programme (n=373), the most common adverse reactions occurring in 10% or more of people treated with Hemlibra were injection site reactions (20%), joint pain (arthralgia; 15%) and headache (14%).

On 4 October 2018, Hemlibra was approved by the US Food and Drug Administration (FDA) for routine prophylaxis to prevent or reduce the frequency of bleeding episodes in adults and children, ages newborn and older, with haemophilia A without factor VIII inhibitors, following Priority Review. Hemlibra was also previously granted Breakthrough Therapy Designation by the FDA for haemophilia A without factor VIII inhibitors. Priority Review designation is granted to medicines that the FDA has determined to have the potential to provide significant improvements in the treatment, prevention or diagnosis of a serious disease. Breakthrough Therapy Designation is designed to expedite the development and review of medicines intended to treat a serious condition with preliminary evidence that indicates they may demonstrate substantial improvement over existing therapies. Submissions to other regulatory authorities around the world are ongoing.

Hemlibra has been approved for routine prophylaxis to prevent or reduce the frequency of bleeding episodes in people with haemophilia A with factor VIII inhibitors in over 60 countries worldwide, including the US in November 2017, EU member states in February 2018 and Japan in March 2018. It has been studied in one of the largest pivotal clinical trial programmes in people with haemophilia A with and without factor VIII inhibitors, including four phase III studies (HAVEN 1, HAVEN 2, HAVEN 3 and HAVEN 4). 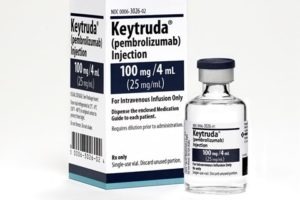