AstraZeneca’s Farxiga (dapagliflozin) has been granted priority review from the US Food and Drug Administration (FDA) for a certain population of patients with heart failure.

As per the supplemental New Drug Application (sNDA), AstraZeneca is seeking approval for Farxiga for its use in lowering the risk of cardiovascular (CV) death or the worsening of heart failure (HF) in adults with heart failure with reduced ejection fraction (HFrEF), irrespective of having type-2 diabetes.

The FDA has given a Prescription Drug User Fee Act date in the second quarter of 2020 for the drug candidate, which is a selective inhibitor of human sodium-glucose co-transporter 2 (SGLT2).

Farxiga’s sNDA was based on the data gathered from the phase 3 DAPA-HF trial. The late-stage trial showed that the SGLT2 inhibitor in addition to standard of care decreased the incidence of the composite outcome of CV death or the worsening of heart failure compared to placebo.

The drug candidate, which is intended to be taken orally daily once, was granted fast track designation by the FDA in September 2019 in heart failure. It was also given the same designation by the regulator for its use in delaying the progression of renal failure and prevention of CV and renal death in patients having chronic kidney disease, with and without type-2 diabetes.

Farxiga has FDA approval as a monotherapy and also as part of combination therapies to boost glycaemic control in adults with type-2 diabetes.

In October 2019, the SGLT2 inhibitor was approved by the drug regulator for its use in reducing the risk of hospitalisation for heart failure in patients having type-2 diabetes and established cardiovascular disease or multiple CV risk factors. 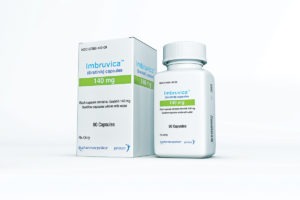