Findings from the pivotal Phase III RISE-PD clinical trial showed that the extended-release formulation of IPX203 has provided significantly more “Good On” time, and less “Off” time, compared with immediate-release CD/LD.

The trial included 506 PD patients and was conducted at 105 clinical sites in the US, European countries, including Italy, Czechia, France, Spain, Germany, Poland, and the UK.

Amneal Specialty chief commercial officer Gustavo Pesquin said: “The FDA filing acceptance of IPX203 marks another important milestone for Amneal as we strive to improve the lives and care of people living with Parkinson’s disease.

“We look forward to engaging in conversations with the FDA as we advance the application.

“We believe the data in our RISE-PD study supports the important benefit IPX203 can offer to this community by providing longer duration of symptom control with the benefit of fewer doses.”

The regulatory body has allotted a Prescription Drug User Fee Act (PDUFA) action date of 30 June 2023 to complete the NDA evaluation for IPX203. 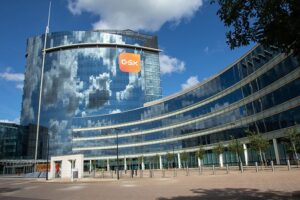