Achaogen has secured approval from the US Food and Drug Administration (FDA) for its Zemdri (plazomicin) to treat adults with complicated urinary tract infections (cUTI).

Zemdri, which is an intravenous infusion and administered once daily, was approved to treat adults with cUTI, including pyelonephritis, caused by certain Enterobacteriaceae in patients who have limited or no alternative treatment options.

The approval was based on the data from phase 3 EPIC (evaluating plazomicin in cUTI) clinical trial, which was the randomized controlled study of once-daily aminoglycoside therapy for the treatment of cUTI, including pyelonephritis.

According to the company, the study showed non-inferiority to meropenem for the co-primary efficacy endpoints of composite cure in the microbiological modified intent-to-treat population at day five and test-of-cure.

Achaogen CEO Blake Wise said: “The approval of ZEMDRI marks a significant milestone for Achaogen and we are excited to offer healthcare practitioners a new treatment option for patients with certain serious bacterial infections.

“ZEMDRI is designed to retain its potent activity in the face of certain difficult-to-treat MDR infections, including CRE and ESBL- producing Enterobacteriaceae.”

The firm’s EPIC clinical trial assessed the safety and efficacy of Zemdri in adult patients with cUTI, including pyelonephritis.

It also has in vitro activity against ESBL- producing, aminoglycoside- resistant, and carbapenem- resistant isolates.

The FDA has issued a complete response letter (CRL) regarding the treatment of bloodstream infection (BSI) with plazomicin.

It reported that the CARE study does not provide significant evidence of effectiveness of plazomicin for the treatment of BSI.

The Centers for Disease Control and Prevention (CDC) has specified ESBL- producing Enterobacteriaceae as a serious threat and CRE as nightmare bacteria. 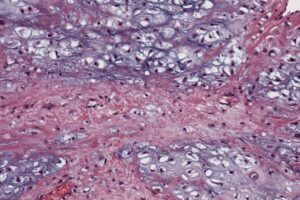