Zealand Pharma has announced the US Food and Drug Administration (FDA) approval of its Zegalogue (dasiglucagon) injection for the treatment of patients aged six and above with severe hypoglycemia.

Zealand Pharma has announced the US Food and Drug Administration (FDA) approval of its Zegalogue (dasiglucagon) injection for the treatment of patients aged six and above with severe hypoglycemia.

Established in Denmark in 1998, Zealand is a biotechnology company focussed on discovery, development and commercialisation of peptide-based medicines. Two of its drug candidates have made it to the market, while three more are in late-stage development.

University of California San Diego Assistant Professor of Medicine Jeremy Pettus said: “This approval will help enable appropriate children and adults with diabetes to be able to address sudden and severe hypoglycemia, which can quickly progress from a mild event to an emergency. The magnitude and consistency of effect seen in the Phase 3 pivotal studies is clinically meaningful as minutes matter in severe hypoglycemia. Zegalogue provided resolution of severe hypoglycemia following administration, with a median time to blood glucose recovery of 10 minutes across these clinical studies.”

A result of a dangerous drop in blood glucose levels, severe hypoglycemia is a life-threatening condition which is one of the most feared complications of diabetes treatment. It is associated mainly with insulin therapy.

Diabetic children on insulin are the most affected, with 7% children up to 18 years of age complaining of severe hypoglycemia in the previous six months.

Zealand Pharma president and CEO Emmanuel Dulac said: “The USFDA approval of Zegalogue is an exciting achievement for both patients and Zealand. We would like to thank the trial participants, their families and caregivers, the investigators and their staff, and our employees who made the Zegalogue clinical studies and this resulting approval possible. We are committed to helping people with diabetes manage the potential consequences of their disease and look forward to making Zegalogue available in the US in June.  Field sales, market access and medical teams, along with comprehensive patient support services, are in place to maximise awareness to healthcare providers and preparedness to patients affected by severe hypoglycemia.” 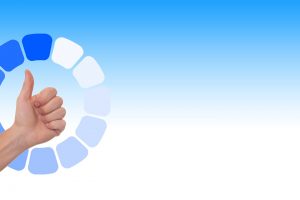 US clearance granted for AstraZeneca’s proposed acquisition of Alexion