Forty Seven and Rocket Pharmaceuticals have entered into a research collaboration for evaluating a new treatment regimen in Fanconi Anemia, a rare paediatric disease.

Forty Seven and Rocket Pharmaceuticals have entered into a research collaboration for evaluating a new treatment regimen in Fanconi Anemia, a rare paediatric disease.

Fanconi Anemia affects the body’s ability to produce blood cells. The genetic disease is associated with an increased risk of leukaemia and also other neoplasms.

FSI-174 is a humanised monoclonal antibody, which targets cKIT, a receptor that is expressed highly on hematopoietic stem cells.

Magrolimab is also a humanised monoclonal antibody, however, it targets CD47, which is a “don’t eat me” signal to macrophages that is expressed on all cells.

According to the parties, the combination of RP-L102 with the all-antibody conditioning regimen of Forty Seven could offer an alternative treatment option to patients in situations where conditioning can be advantageous.

Rocket Pharmaceuticals chief medical officer and senior vice president Jonathan Schwartz said: “RP-L102 ‘Process B’ is currently being evaluated in a registrational trial without the use of conditioning. In parallel, we are assessing incorporation of a non-genotoxic conditioning regimen as a part of Rocket’s life-cycle management strategy.

“Forty Seven’s novel all-antibody conditioning regimen could also be applied to Rocket’s other lentiviral programs, in which conditioning is more integral to the gene therapy approach.”

As per the terms of the agreement, Rocket Pharmaceuticals will provide the collaboration with its ex vivo LVV HSC gene therapy platform, while Forty Seven will contribute its antibody-based conditioning regimen.

Forty Seven research VP Jens-Peter Volkmer said: “We are initiating our first in human healthy volunteer study of FSI-174 in the first quarter this year, and are excited to enter into a partnership with Rocket at this time.

“Rocket is at the forefront of developing gene therapies for high unmet-need diseases, and this collaboration will provide an opportunity to evaluate the benefit of Forty Seven’s novel conditioning regimen with Rocket’s RP-L102 to help FA patients.”

Forty Seven is a clinical-stage immuno-oncology company which is being acquired by Gilead Sciences in a $4.9bn deal, which is subject to regulatory approvals and other customary closing conditions. 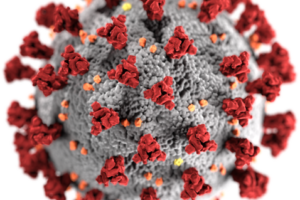