Pfizer has secured approval from the US Food and Drug Administration (FDA) for the subcutaneous use of Fragmin (dalteparin sodium) injection for the treatment of potentially life-threatening blood clots in pediatric patients.

The latest approval for Fragmin is for the blood thinner to be used for reducing symptomatic venous thromboembolism (VTE) in pediatric patients, aged one month and older.

The Pfizer blood thinner, which was approved initially by the regulator in 1994 for adults, is a type of heparin, which functions as an anticoagulant by preventing the formation of blood clots through thinning of the blood.

Its efficacy in children was demonstrated in a single trial with 38 pediatric patients having symptomatic deep vein thrombosis and/or pulmonary embolism.

In the trial, patients were subjected to Fragmin for up to three months, with starting doses based on age and weight. After completion of the study, 21 patients achieved resolution of the qualifying VTE, while seven patients had regression.

Two patients did not show any change, while no patients had progression of the VTE and one patient had recurrence of the condition.

According to the FDA, VTE develops usually as a secondary complication of underlying clinical conditions like venous catheter, congenital heart disease, cancer, infection, and trauma or surgery.

FDA center for drug evaluation and research office of hematology and oncology products acting director Richard Pazdur said: “Most children who have VTE are fighting a serious underlying primary illness such as cancer or congenital heart disease. Not only are they fighting a serious illness, having a condition like VTE can then lead to significant complications and even death.

“Prior to this approval, there had been no FDA-approved therapies to treat VTE in pediatric patients. Given the unmet need, we granted the Fragmin application priority review and today we are approving it as the first anticoagulant (blood thinner) indicated for pediatric patients.”

Earlier this week, Pfizer alongside Merck secured approval from the FDA for Bavencio (avelumab) in combination with Inlyta (axitinib) as a first-line treatment of advanced renal cell carcinoma (RCC). Bavencio, which is a human anti-programmed death ligand-1 (PD-L1) antibody, has been shown in preclinical models to engage both the adaptive and innate immune functions. 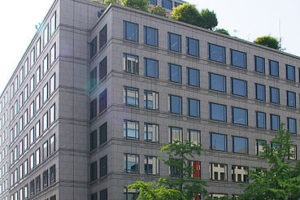