Roche’s subsidiary Genentech has secured accelerated approval from the US Food and Drug Administration (FDA) for Polivy (polatuzumab vedotin-piiq) in combination with bendamustine plus Rituxan (rituximab) (BR) for the treatment of diffuse large B-cell lymphoma (DLBCL).

The accelerated approval for the Polivy, BR combination is for treatment of adult patients with DLBCL whose condition is either relapsed or refractory (R/R) and had been subjected to more than two prior therapies.

It was granted by the FDA based on complete response rates shown by patients treated with the drug combination in a randomised, controlled phase Ib/II clinical trial, called GO29365. The accelerated approval programme of the regulator gives conditional approval of a drug that fills an unmet medical need for a serious condition.

Continued approval for the indication could be based on verification and clinical benefit shown in a confirmatory trial.

In February 2019, the FDA granted priority review to polatuzumab vedotin in combination with BR for the same indication.

Roche chief medical officer and global product development head Sandra Horning said: “Despite meaningful progress in the treatment of diffuse large B-cell lymphoma, treatment options are very limited when the disease is refractory to or recurrent after multiple regimens.

“Today’s approval of this Polivy combination will provide a novel treatment that is both immediately available and very much needed for people with this aggressive disease.”

The GO29365 trial evaluated Polivy in combination with BR or Gazyva (obinutuzumab) in R/R follicular lymphoma or DLBCL. The phase II part of the trial randomly grouped 80 patients with heavily pre-treated R/R DLBCL to be subjected to either BR, or BR in combination with Polivy for six 21-day cycles.

The data from the trial showed that 40% of patients on Polivy plus BR treatment achieved a complete response, which means cancer was not detected at the time of assessment. This was in comparison to 18% of patients who showed completed response with BR alone.

Polivy is an anti-CD79b antibody-drug conjugate (ADC). It has been designed to bind with the CD79b protein, which is expressed specifically in most of the B-cells.

The ADC following its binding with the protein kills the B-cells through the delivery of an anti-cancer agent, which is considered to minimize the effects on normal cells. 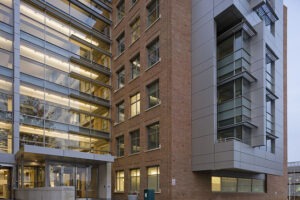