GentiBio raises $157m through Series A funding round

Biotherapeutics company GentiBio has raised $157m through a Series A funding round, which was led by Matrix Capital Management.

Biotherapeutics company GentiBio has raised $157m through a Series A funding round, which was led by Matrix Capital Management.

The firm plans to use the proceeds from the round to advance its new pipeline of engineered regulatory T cell (Treg) treatments in immunology.

Set up in August 2020 GentiBio had raised $20m of seed funding from OrbiMed, Novartis Venture Fund and RA Capital.

With this platform, GentiBio can make several tuneable Treg phenotypes from rich autologous and allogeneic cell sources that can be generated at scale.

Following the latest funding round, the company has so far raised $177m since its launch.

The firm intends to use proceeds from the Series A funding to advance its potential functional cure for type 1 diabetes (T1D) to clinical trials along with several other pipeline programmes in chronic autoimmunity and autoinflammation.

Currently, the company is selecting its clinical candidate for T1D and will begin investigational new drug (IND)-enabling trials before the end of this year.

“With the Series A financing, we are focused on advancing our programmes with a uniquely scalable manufacturing process that produces stable and disease-specific engineered Tregs that are also tunable once infused in patients.”

Andy Tran from Matrix Capital will join GentiBio’s board of directors as part of its funding. 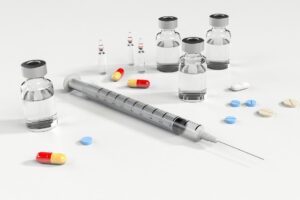