AstraZeneca said that Imfinzi (durvalumab) has been demonstrated to have delivered a sustained overall survival (OS) benefit in the final analysis of the phase 3 CASPIAN trial in extensive-stage small cell lung cancer.

Imfinzi gave the desired result for the company through its combination with a choice of standard-of-care (SoC) chemotherapies in the first line setting in patients with the lung cancer condition.

In last June, the CASPIAN trial met a primary endpoint for the human monoclonal antibody in combination with SoC (etoposide and a choice of carboplatin or cisplatin chemotherapy) by delivering a statistically significant and clinically meaningful improvement in OS versus SoC alone at a planned interim analysis.

However, in a second experimental arm, which was evaluating the addition of anti-CTLA4 monoclonal antibody tremelimumab to Imfinzi and SoC, the primary endpoint of showing a statistically significant improvement in OS in the analysis could not be met.

AstraZeneca oncology research and development executive vice president José Baselga said: “We are pleased to see the sustained and meaningful survival benefit of Imfinzi for patients with small cell lung cancer after more than two years median follow up.

“We have already received the first global regulatory approval for Imfinzi with etoposide plus either carboplatin or cisplatin and remain on track for more approvals soon as we provide patients an important new 1st-line treatment option.”

According to AstraZeneca, the safety and tolerability for both the human monoclonal antibody and tremelimumab were on par with the known safety profiles of the drugs.

Imfinzi has approvals for the curative-intent setting of unresectable, stage III non-small cell lung cancer following chemoradiation therapy. The approval is valid across 54 countries, including the US, the European Union, and Japan.

The human monoclonal antibody, which is designed to target the PD-1/PD-L1 pathway, is also indicated for the treatment of advanced bladder cancer in previously treated people, and for locally-advanced or metastatic urothelial carcinoma in multiple countries. 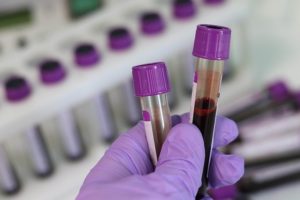