Biopharmaceutical company Ipsen has secured approval from the UK’s Medicines and Healthcare Products Regulatory Agency (MHRA) for its Dysport as a symptomatic treatment for upper limb spasticity in children with cerebral palsy.

Dysport, an injectable form of a botulinum neurotoxin type A product, is a substance derived from Clostridium bacteria producing botulinum toxin type A (BoNT-A), which blocks the effective transmission of nerve impulses and minimised muscular contractions.

The licence update has been granted for Dysport as a symptomatic treatment for focal spasticity of upper limbs in paediatric cerebral palsy patients aged two years and older.

The approval was based on date from the phase III study, which showed that Dysport minimised spasticity symptoms in children aged two years and older for upper limb spasticity due to cerebral palsy, as measured by the Modified Ashworth Scale (MAS).

According to the company, the Dysport demonstrated significant improvements from baseline in MAS in the PTMG at week 6, the primary endpoint, with doses of 8 Units/kg and 16 Units/kg compared to low dose Dysport (2 Units/kg).

Dysport, which is provided as a lyophilised powder, was approved in over 85 countries for therapeutic treatment indications.

It is already approved for symptomatic treatment of focal spasticity of upper limbs in adults, lower limbs in adults affecting the ankle joint due to stroke or traumatic brain injury (TBI) and dynamic equinus foot deformity in ambulant paediatric cerebral palsy patients, two years of age or older.

Ipsen UK & Ireland general manager Asad Mohsin Ali said: “Today’s approval is an important advancement for children in the UK living with cerebral palsy, who can now benefit from long-lasting symptom relief between their botulinum toxin A injections.

“As a father myself, I am proud that Ipsen is the first company to have obtained this approval that may help children live as normal a life as possible.”

In September 2019, Ipsen secured approval from the US Food and Drug Administration (FDA) for its Dysport (abobotulinumtoxinA) to treat upper limb spasticity in children. 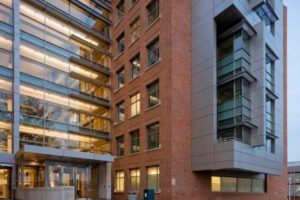 FDA approves TEPEZZA for the treatment of thyroid eye disease