The goal of the DIAN-TU Study was to evaluate potential disease-modifying therapies in people who are at risk for or with DIAD. The trial began in 2010 as a two-year biomarker target engagement study, and eventually advanced into a phase 2/3 registration study having a primary cognitive outcome measure and a minimum of four years of treatment.

The primary efficacy analysis of the DIAN-TU Study included 50 solanezumab and 40 participants, who were subjected to placebo. Lilly said that 36 solanezumab particioants completed the minimum four-year treatment period compared to 32 placebo participants.

The company also said that the result of the DIAN-TU Study does not affect the solanezumab Anti-Amyloid Treatment in Asymptomatic Alzheimer’s (A4) Study, which is in progress. The A4 Study is a clinical trial that has been evaluating the anti-amyloid monoclonal antibody in older people who have evidence of amyloid in their brains, but do not display symptoms of memory impairment.

Lilly chief scientific officer and Lilly Research Labs president Daniel Skovronsky said: “We are grateful to the courageous participants, their families, and clinical investigators for their dedication to the study. We look forward to the opportunity to analyze the data so that we may continue to propel the science forward and bring hope to these patients.

“Lilly is committed to finding treatments for patients and remains excited about the potential of our medicines under development in the area of Alzheimer’s.” 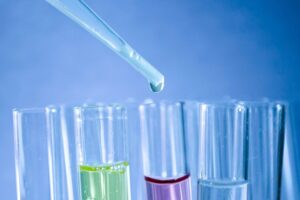