This approval comes after European Commission gave its approval earlier this month.

About 90% of children by the age of two get infected by RSV, which is a common and contagious seasonal virus.

Jointly developed by Sanofi and AstraZeneca, nirsevimab is claimed to be the first and only single-dose RSV protective option for wide infant population, including those who are born healthy, at term or preterm, or even with particular health conditions.

Sanofi executive vice president for vaccines Thomas Triomphe said: “Today is a landmark day for RSV prevention, as decades of research and development come together for approval of a broadly protective option against RSV disease. Once launched, nirsevimab will offer parents the ability to help protect their babies during their first RSV season.”

“Today’s marketing authorisation of nirsevimab marks a significant achievement for the scientific community and addresses a persistent, global unmet need in RSV prevention.”

The MHRA gave approval based on results from the nirsevimab clinical development programme, including the Phase 3 MELODY, Phase 2/3 MEDLEY and Phase 2b trials.

The results of the MELODY and Phase 2b trials showed nirsevimab meeting its primary endpoint of reducing the incidence of medically attended lower respiratory tract infections (LRTI) caused by RSV during the RSV season as against placebo with a single dose.

Furthermore, it was found that the safety profile of nirsevimab was similar to placebo.

In the Phase 2/3 MEDLEY trial, nirsevimab also showed a comparable safety and tolerability profile to palivizumab.

RSV is the most common cause of LRTI, including bronchiolitis and pneumonia, in infants.

Each year, around 30,000 children under the age of five are hospitalised in the UK because of RSV.

It also causes about 33 deaths per year in children under the age of five.

In the UK, the economic impact of RSV is estimated at around £80m annually. 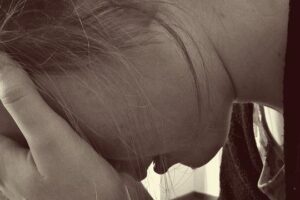