The study marks the world’s first evaluation of a pharmaceutical endolysin for topical use in humans.

Endolysins are highly specific enzymes that cut the bacterial cell wall, rapidly killing only the target bacteria, regardless of antibiotic resistance, while preserving the skin microbiome. XZ.700 specifically targets Staphylococcus aureus (S. aureus), a bacterium that is considered to be a causative and aggravating trigger for atopic dermatitis, and viewed as an independent cause of itch, irritation and infection.

“The targeted removal of one particular bacterial species, S. aureus, from the skin microbiome, while preserving the beneficial ones is a fundamental new way to treat atopic dermatitis,” says dermatologist Dr. Peter Lio, Scientific Advisor for Micreos and Scientific Advisory Board member for the National Eczema Association. XZ.700 is one of several endolysins Micreos has in its portfolio. A structurally similar endolysin, SA.100, is used in the company’s over the counter (OTC) products for inflammatory skin disorders (e.g. acne and rosacea), found in the Gladskin range, which have been on the market since 2013. Data obtained in earlier Gladskin studies and feedback from doctors and thousands of customers support the pharmaceutical development program: “I am very encouraged by my experience with Gladskin and I am awaiting the findings with great anticipation.”

In this study, conducted in The Netherlands, XZ.700 will be tested for its safety as well as pharmacodynamics and efficacy in 48 patients with atopic dermatitis. They will be treated for 14 days with a cream containing XZ.700 at three different concentrations or placebo. Micreos expects to finish the study and report the results towards the end of 2021.

“Thanks to the targeted nature of endolysins and the fact that emergence of resistance is not expected, we can use them as effective precision tools in the post-antibiotic era, in both chronic and critical situations. With the start of the XZ.700 trial we take the technology to the next level and create tomorrow’s history,” says Mark Offerhaus, CEO Micreos. 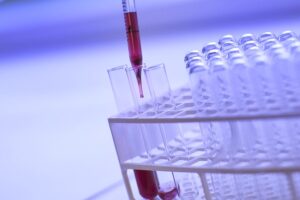