Moderna, a clinical stage biotechnology company pioneering messenger RNA (mRNA) therapeutics and vaccines to create a new generation of transformative medicines for patients, announced that the Phase 2 dose-confirmation study of its mRNA vaccine against cytomegalovirus (CMV) is enrolling ahead of plan with data now expected in the third quarter of 2020.

Moderna’s CMV vaccine (mRNA-1647), the first mRNA vaccine for an infectious disease to enter a Phase 2 study, is enrolling ahead of plan with the second cohort nearly completed. This Phase 2 study will investigate the safety and immunogenicity of mRNA-1647 in approximately 252 healthy adults in the U.S. at three dose levels (50, 100 and 150 μg) in both CMV-seronegative and CMV-seropositive participants administered in a three-dose vaccination schedule (0, 2 and 6 months). The first interim analysis, expected in the third quarter of 2020, will evaluate safety and immunogenicity at three months (one month after the second vaccination) and is intended to inform Phase 3 dose selection. The Company is actively preparing for a Phase 3 pivotal study, which will evaluate prevention of primary CMV infection in a population that includes women of childbearing age.

The development candidates announced today are mRNA vaccine candidates against Epstein-Barr virus (mRNA-1189), respiratory syncytial virus (mRNA-1345) in young children, and the novel coronavirus (mRNA-1273). mRNA-1345 will be evaluated in early clinical trials with the intention of combining the vaccine with mRNA-1653, Moderna’s hMPV/PIV3 vaccine, to address RSV, hMPV and PIV3, viruses that cause significant respiratory diseases in young children, in one vaccine. Each of these new development candidates utilizes the Company’s proprietary lipid nanoparticle (LNP) technology.

Today’s announcement reflects the Company’s belief that positive Phase 1 safety and immunogenicity data across nine studies with more than 1,000 participants have validated the Company’s prophylactic vaccine modality. Clinical data demonstrate that Moderna’s proprietary vaccine technology has been generally well-tolerated1 and can elicit durable immune responses to viral antigens. The Company also believes that it has demonstrated the ability to leverage shared technology, digital systems and its flexible manufacturing infrastructure to advance a large portfolio quickly and efficiently.

“Our investments in science and manufacturing have resulted in six positive Phase 1 infectious disease vaccine readouts. These data validate the technology used in our prophylactic vaccines modality, which has allowed us to accelerate research and development timelines, and advance our mRNA vaccines into new areas of high unmet need. I am pleased with the continued progress of our late-stage CMV vaccine program as we prepare for a pivotal Phase 3 study and commercial readiness. The three new development candidates reflect the continued productivity of our platform and the potential of our mRNA technology. Moderna now owns global rights to three vaccines, which we believe have blockbuster potential – CMV, EBV and the potential combination RSV/hMPV/PIV3 vaccine for young children,” said Stéphane Bancel, Moderna’s Chief Executive Officer. “I am proud of the team’s ability to rapidly respond to the ongoing public health crisis posed by the novel coronavirus and to be working with the National Institutes of Health and Coalition for Epidemic Preparedness Innovations.” 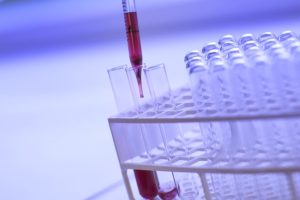