Preliminary findings from a study funded by the National Institutes of Health (NIH) has found that pregnant women with severe Covid-19 symptoms had a higher risk of complications during and after pregnancy.

The study was led by Torri Metz of University of Utah Health and Rebecca Clifton of George Washington University’s Milken Institute School of Public Health.

When compared to Covid-19 patients without symptoms, those who experienced severe symptoms were at higher risk for cesarean delivery, postpartum hemorrhage, hypertensive disorders of pregnancy and preterm birth.

During the study, the researchers evaluated over 1,200 pregnant women with Covid-19 who delivered at 33 US hospitals between 1 March and 30 July in 2020.

While nearly half (47%) of the subjects were found to be asymptomatic, 27% had mild symptoms, 14% had moderate symptoms, 8% had severe symptoms and 4% of them were critically ill.

The researchers also said that those who had more severe symptoms tended to be older, with higher than average body mass index and underlying health issues such as asthma, diabetes, hypertension, liver disease and seizure disorder.

Four maternal deaths were attributed to the Covid-19 infection. The NIH-funded study also found that the transmission of SARS-CoV-2 virus from mother to child was rare, with only 1% of the newborns testing positive for the virus before being discharged from the hospital.

The researchers will present the abstract from the study at the Society for Maternal-Fetal Medicine’s virtual annual meeting. 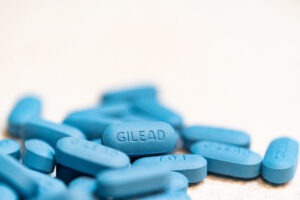