Novartis said that the phase 3 trial of its psoriasis drug Cosentyx (secukinumab), called PREVENT, in patients with non-radiographic axial spondyloarthritis (nr-axSpA), has met its primary endpoint at Week 16.

The PREVENT trial is assessing the efficacy and safety of Cosentyx compared to placebo with the primary endpoint being ASAS40 at Week 16. All the secondary endpoints of the trial at Week 16 were also met, said the Swiss pharma firm.

The Novartis drug demonstrated a significant and clinically meaningful reduction in disease activity in its patients arm compared to placebo. The late-stage trial also showed a favourable safety profile in line with previous clinical trials of the psoriasis drug at Week 16.

The PREVENT trial enrolled 555 male and female adults having active nr-axSpA. The primary endpoints of the trial are the percentage of patients achieving an ASAS40 response with Cosentyx 150mg dose at weeks 16 and 52. Secondary endpoints of the trial are variation in BASDAI over time and change in the Ankylosing Spondylitis Disease Activity Score with CRP (ASDAS-CRP).

Novartis global drug development head and chief medical officer John Tsai said: “These study results for Cosentyx build on our long-standing experience in ankylosing spondylitis and are a step toward a new treatment option that could allow patients to realize relief much earlier in axial spondyloarthritis.

“If approved, this would be the fourth indication for Cosentyx.”

According to Novartis, Cosentyx directly inhibits interleukin-17A (IL-17A), which is the main cytokine that plays a role in the inflammation and development of psoriatic arthritis (PsA), psoriasis (PsO), and ankylosing spondylitis (AS).

In February 2018, the Novartis drug secured approval for a label update from the             US Food and Drug Administration (FDA) to include its use in the treatment of moderate-to-severe scalp psoriasis. 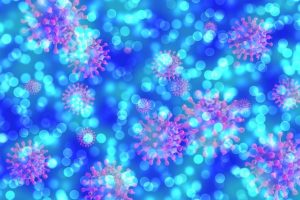