Novartis today announced the full data of the ASSESS study, which evaluated the efficacy of oral, once-daily Gilenya (fingolimod) at 0.5mg and 0.25mg versus once-daily subcutaneous injections of glatiramer acetate 20mg in reducing disease activity over 12 months in patients with relapsing remitting multiple sclerosis (RRMS).

The results demonstrated Gilenya 0.5mg’s superior efficacy over glatiramer acetate 20mg in reducing the annualized relapse rate (ARR), a key measure of disease activity, with a 40.7% relative reduction over one year versus the active comparator (ARR estimates of 0.153 vs. 0.258, respectively, ARR ratio: 0.493, p  =  0.0138  ). ASSESS is the first direct head-to-head trial of any disease-modifying therapy versus glatiramer acetate, a current standard of care often used in first-line treatment, to show superiority in measures of disease activity, such as relapses and brain lesions. Gilenya 0.25mg achieved a relative ARR reduction of 14.6% but did not reach statistical significance, thereby suggesting Gilenya 0.5mg as the superior efficacious dose for this patient population. For the first time, results are being presented at the 2019 American Academy of Neurology Annual Meeting (AAN) in Philadelphia, Pennsylvania, USA.

“Large clinical trials in MS are designed to help clinicians better understand the safety and efficacy of treatments, and what may be the right choice for their patients,” said Bruce Cree, MD, PhD, MAS, George A. Zimmermann Endowed Professor in Multiple Sclerosis at the University of California San Francisco, and ASSESS Principal Study Investigator. “As the first head-to-head study of two established MS treatments (fingolimod and glatiramer acetate 20mg), the ASSESS study now provides evidence that fingolimod 0.5mg is superior in reducing relapses and other key measures of disease activity, such as brain lesions, a significant concern for people living with MS and their health care providers.”

The safety of Gilenya observed in ASSESS across both doses was consistent with the established safety profile of the drug, with overall more discontinuations due to adverse events and unsatisfactory treatment effects reported in patients using glatiramer acetate[1]. However, in clinical practice many MS patients are still treated with interferon-beta 1a and glatiramer acetate despite re-occurrence of disease activity and the availability of higher-efficacy treatments. This may be an indicator of MS treatment inertia.

“Gilenya is an example of our strong leadership in neuroscience and our commitment to stop MS,” said Danny Bar-Zohar, Global Head of Neuroscience Development, Novartis Pharmaceuticals. “With Gilenya, we continue to reimagine MS care across generations. The full ASSESS results are once again proof point of Gilenya’s efficacy in reducing the impact of the disease.”

Gilenya is a leading oral disease-modifying therapy that has demonstrated high efficacy across multiple measures of disease activity in adult patients and pediatric patients aged 10 years and older with RRMS. To date, Gilenya has been used to treat more than 275,000 patients worldwide. Long-term experience has shown Gilenya treatment to be convenient for people to incorporate into everyday life, leading to high treatment satisfaction, long-term persistence, and ultimately improved long-term outcomes. Gilenya 0.25mg is not approved for adults with RRMS.

Top-line results of ASSESS had been released previously in October 2018. 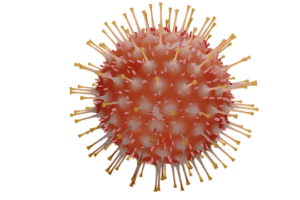