Pfizer and BioNTech have revealed results of an in vitro study that offers additional data on the capability of sera obtained from people who were immunised with their Covid-19 vaccine, BNT162b2, to neutralise the B.1.1.7 lineage (VOC 202012/01).

The rapidly fast-spreading B.1.1.7 lineage, a variant strain of SARS-CoV-2 detected initially in the UK, has ten mutations located in the spike protein.

The two firms had earlier published data from an in vitro study that evaluated N501Y, one of the key mutations, in the UK strain, which is also shared by the South African strain. The study indicated neutralisation of the N501Y mutated spike bearing virus by sera of individuals, who had received the vaccine.

Sera of individuals from the earlier reported German Phase I/II trial inhibited pseudovirus bearing the UK strain SARS-CoV-2 spike in a neutralisation range that is considered as biologically equivalent to the unmutated Wuhan SARS-CoV-2 spike.

Given the preserved neutralization of the pseudovirus bearing the UK strain spike by BNT162b2- immune sera, it is likely that Covid-19 caused by the UK virus variant will also be prevented by immunization with BNT162b2.

The firms noted that if a vaccine strain change is required to address virus variants in the future, BioNTech’s mRNA vaccine platform is well equipped for an adjustment. 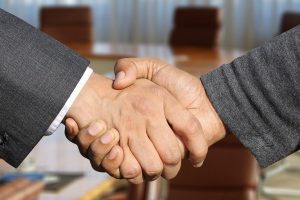