The US Food and Drug Administration (FDA) has granted Breakthrough Therapy Designation to Pfizer’s GBS6 or PF-06760805 to prevent invasive Group B Streptococcus (GBS) disease in new-borns and infants through immunisation of women during pregnancy.

It offers protection against the six most prominent GBS serotypes that account for 98% of disease across the world.

The regulatory decision is based on the interim analysis of a placebo-controlled Phase II study, which is being conducted in pregnant women and their infants in the US, UK, and South Africa.

In the trial, GBS6’s safety and immunogenicity are being assessed in healthy pregnant women who were vaccinated during the second or early third trimester of their pregnancy.

The company will publish the findings from the study upon its completion.

Pfizer Vaccine Research & Development head and senior vice-president Annaliesa Anderson said: “GBS infections can have a devastating effect on newborns and their families.

“While prenatal screening and antibiotics during childbirth help provide protection against GBS in developed countries, this approach is not fully protective in the first week of life; presents multiple challenges in low- and middle-income countries; and has not been shown effective in preventing disease globally in infants beyond the first week of life and through the vulnerable first three months of life.

“If approved for pregnant women, GBS6 could help protect newborns from the serious illnesses caused by this disease like meningitis, pneumonia, and sepsis – fulfilling a critical global public health need.” 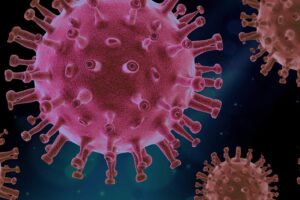