International PCOS Consortium has carried out a study to determine the common genetic architecture for different diagnostic criteria that are employed to describe polycystic ovary syndrome (PCOS).

PCOS is the most common endocrine disorder found in reproductive-age women, and is a major cause of infertility and type 2 diabetes.

The source of the disease is still not known to people and is detected on the basis of several clinical criteria that are controversial and likely to be less accurate.

As part of the study, the researchers performed a meta-analysis of seven whole-genome association studies comprising over 10,000 women with PCOS and 100,000 controls of European ancestry.

Following the sampling, researchers detected 14 gene variants related to PCOS, including three which were identified for the first time.

The newly discovered genetic variants are probably linked to both metabolic and reproductive features of PCOS, said the research.

In addition, the researchers found new evidence into the biology of PCOS.

Researchers from the US’ Icahn School of Medicine at Mount Sinai are also involved in the study, which is expected to help develop new therapies for PCOS.

Icahn School of Medicine at Mount Sinai Hilda and J. Lester Gabrilove Division of Endocrinology, Diabetes, and Bone Disease chief Andrea Dunaif said: “One of our most important findings is simply that all the fighting that goes on in the field over which diagnostic criteria to use is unnecessary.

“We can be pretty broad in our diagnosis with the criteria we have and be assured we are going to find the same genetic forms of PCOS.”

Apart from Icahn School of Medicine at Mount Sinai, around 50 institutions from across the globe are involved in the consortium, which received funding from the US National Institutes of Health, European Union’s Horizon 2020 research and innovation programme and others. 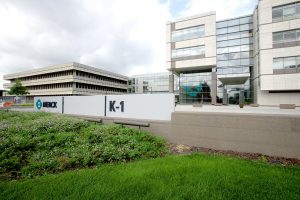 Merck to supply 1.7 million courses of molnupiravir to US