Bavarian Nordic has received an order from the Swiss Armed Forces and the Swiss Federal Office of Public Health for its Modified Vaccinia Ankara-Bavarian Nordic (MVA-BN) smallpox and monkeypox vaccine doses.

Under the terms of the deal, the company will be responsible for the supply of 100,000 doses of the vaccine.

The company will seek regulatory approval of the vaccine with the Swiss Agency for Therapeutic Products, Swissmedic, in three months as part of the deal.

Developed in collaboration with the US government, MVA-BN is a non-replicating smallpox vaccine that has been approved by the US Food and Drug Administration (FDA), Health Canada and the European Commission as the only vaccine against monkeypox.

It is marketed as Jynneos in the US, Imvanex in Europe, and Imvamune in Canada.

Bavarian Nordic president and CEO Paul Chaplin said: “As the epicenter of the outbreak, Europe has seen a wide spread of monkeypox as well as a high number of cases in many countries.

“Thankfully, the case numbers are now going down, but efforts are still required to end the outbreak and hopefully preventing the disease becoming endemic in the region.

“We are therefore pleased to enter this agreement with the Swiss authorities, complementing the efforts by the EU Commission to provide access to the vaccine for at-risk populations across the entire region.”

First deliveries under this contract are planned to commence imminently, with the final deliveries expected early next year.

In August this year, the company signed an agreement with the Pan American Health Organization (PAHO) for its monkeypox vaccine. 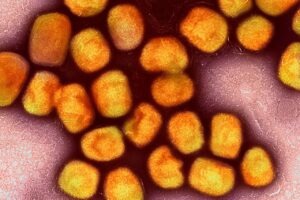