Under the two-year sponsored research alliance, the companies will work to identify new drug candidates that enable inhibition of two proteins, Bax and Bak. These proteins are integral to apoptosis, or programmed cell death.

Involving these proteins, apoptosis is said to be an important player in the pathophysiologic mechanisms that result in motor neuron death in ALS, a progressive and fatal neurodegenerative disorder.

In an ALS mouse model, preclinical studies demonstrated that targeted inhibition of Bax and Bak in ALS, led to delayed symptom onset, preservation of motor neurons, and prolonged survival.

Amylyx co-CEO and co-founder Joshua Cohen said: “We have been closely following research into Bax and Bak inhibition considering the criticality of these proteins in pathways of cell death and axonal degeneration and the work that has been done on these pathways in ALS.”

As part of the collaboration, SRI will identify several rounds of new Bax and Bak inhibitor compounds.

Amylyx stated that the new analogs will be subjected to a ‘robust screening’ of in vitro and in vivo neurodegenerative disease models, and biochemical, cell-based assays. This will help identify a lead series of Bax inhibitors, which are ready to enter Investigational New Drug (IND)-enabling studies.

Upon the end of the partnership agreement, the company will have the right to licence and develop any drug candidate identified in the research. 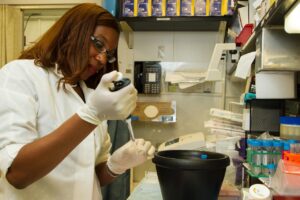