STADA Group, a German generic drug manufacturer, has agreed to acquire the prescription and consumer health business of Ukrainian pharmaceutical producer Biopharma for an undisclosed price.

As part of the deal, STADA will also acquire Biopharma’s two GMP-certified production facilities in the city of Bila Tserkva, Kiev. The shareholders of Biopharma will retain the company’s plasma business and will focus on its development in Ukraine and also abroad.

Established more than 100 years ago, the Ukrainian company is engaged in developing and manufacturing recombinant drugs and probiotics based on spore-forming bacteria and traditional drugs. The company has been backed by Ukrainian private equity firm Horizon Capital since 2012.

In 2014, the company launched the first stage of its biopharmaceutical research and manufacturing complex in Bila Tserkva. The company claims to manufacture nearly 20,000,000 packages of drugs at the enterprise annually.

“Attracting such a high-quality European investor demonstrates confidence in our employees and capabilities, and will reinforce our ability to deliver high-quality and innovative products to patients.”

STADA said that the acquisition of Biopharma’s pharmaceutical business is another milestone in a series of smaller bolt-on acquisitions it has made with substantial strategic value. The German firm had previously signed a deal to buy six OTC products from GSK in August 2019.

It had also acquired the distribution rights to Nizoral in Europe, the Middle East and Africa (EMEA) and purchased controlling stakes in Vietnamese firms Pymepharco and BIOCEUTICALS in 2018.

STADA said that the deal with Biopharma marks one of the largest financial investments in the Ukrainian pharmaceutical sector so far for the German company.

STADA CEO Peter Goldschmidt said: “We see great potential in the Ukrainian market. With this acquisition, we will become an important player in the Ukrainian pharma market with a strong local production footprint.”

The deal, which is subject to merger clearance in Ukraine and other customary conditions, is anticipated to be completed this month. 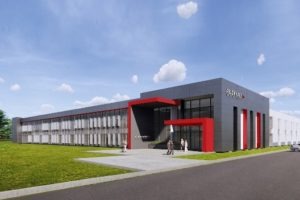