Teva Pharmaceuticals Industries and MedinCell announced positive results for study TV46000-CNS-30072 (the RISE study – The Risperidone Subcutaneous Extended-Release Study), a Phase 3 clinical trial designed to evaluate the efficacy of TV-46000/mdc-IRM (risperidone extended-release injectable suspension for subcutaneous use) as a treatment for patients with schizophrenia.

Trial enrollment was open to patients 13-65 years of age. In the RISE study, patients treated with the investigational subcutaneous risperidone injection either monthly (q1M) (n=183) or once every two months (q2M) (n=179) experienced a statistically significant delay in time to relapse versus placebo (n=181), the study’s primary endpoint, with p<0.0001 for each comparison. The investigational subcutaneous risperidone injection q1M and q2M demonstrated a reduction of 80.0% and 62.5% in the risk to relapse compared to placebo, respectively.

“Schizophrenia is a chronic, progressive and severe mental disorder in which every relapse has the potential to cause cognitive and psychosocial loss, worsen long-term outcomes, and increase the overall burden for patients, caregivers, families, and the healthcare system. We are encouraged by the results of the RISE study, which demonstrated a marked delay in time to relapse for patients in both the monthly and once-every-two months treatment groups,” said Christer Nordstedt, MD, PhD, Senior Vice President, Head of Specialty Clinical Development at Teva. “We look forward to sharing more detailed results from the RISE study at future scientific conferences, in peer-reviewed publications as well as exploring options for a potential NDA submission using the currently available clinical data.”

No new safety signals have been identified that are inconsistent with the known safety profile of other risperidone formulations. The second of Teva’s Phase 3 studies (TV46000-CNS-30078 – the SHINE study) evaluating the long-term safety and tolerability of the investigational subcutaneous risperidone injection across 331 patients is ongoing. Interim results align with the safety findings of the RISE study.

“Long-acting injectables (LAI) for schizophrenia are considered to be an innovative treatment option that we believe will make a meaningful difference, yet they tend to be underutilized and only introduced late in the course of the disease,” said Christophe Douat, CEO at MedinCell. “The results of the RISE study are promising and point to the potential for risperidone to be a subcutaneously administered treatment option for patients with schizophrenia.”

Teva will continue to lead the clinical development and regulatory process and be responsible for commercialization of this candidate treatment, with MedinCell eligible for development milestones, royalties on net sales and future commercial milestones. 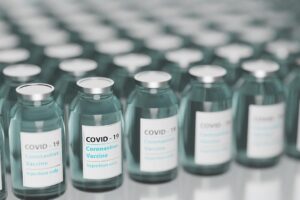