Teva Pharmaceutical has partnered with Modag for the development and licensing of the latter's drug candidates, anle138b and sery433, for neurodegenerative disease.

Teva Pharmaceutical has partnered with Modag for the development and licensing of the latter’s drug candidates, anle138b and sery433, for neurodegenerative disease.

Under the deal, Teva will have an exclusive global license for developing, manufacturing and commercialising anle138b and sery433.

Based on early-stage clinical studies, Teva and Modag will jointly develop anle138b as well as a related compound, sery433, for multiple system atrophy (MSA) and Parkinson’s disease (PD) indications.

The companies will also investigate additional indications depending on the clinical results.

It is being assessed in patients suffering from neurodegenerative diseases for potential disease modification.

Teva Global R&D executive vice-president Hafrun Fridriksdottir said: “With Teva’s strong foundation in neuroscience and our in-house expertise in neurology and psychiatry, this licensing and collaboration agreement adds a promising new compound to our early-stage pipeline as a possible orphan disease treatment for the growing patient population living with multiple system atrophy, as well as a potential option for patients living with Parkinson’s disease.”

Initially, Modag’s anle138b was developed for MSA and PD. It also has the potential to be used to treat other neurodegenerative disorders, such as Alzheimer’s disease.

A Phase I (NCT04208152) trial of anle138b was conducted in healthy participants and completed in July last year.

This showed a favourable benefit-risk profile at all doses and also achieved higher plasma levels compared to those who required full therapeutic efficacy in animal models. 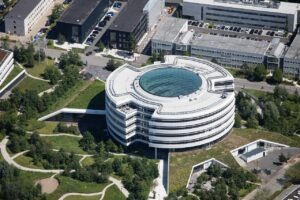 Novo Nordisk to buy Dicerna to expand RNAi technology use