ViiV begins rolling submission for cabotegravir to prevent HIV in US

ViiV Healthcare has initiated a rolling submission of a new drug application (NDA) to the US Food and Drug Administration (FDA) for long-acting cabotegravir to prevent human immunodeficiency virus (HIV).

ViiV Healthcare has initiated a rolling submission of a new drug application (NDA) to the US Food and Drug Administration (FDA) for long-acting cabotegravir to prevent human immunodeficiency virus (HIV).

This submission allows the company to provide completed sections of its regulatory application to the FDA instead of waiting for every portion to be completed before the application can be reviewed.

ViiV Healthcare stated that the complete submission will depend on results from HIV Prevention Trials Network (HPTN) 083 and 084 studies.

HPTN 083 is a Phase IIb/III double blind study to assess the safety and efficacy of long-acting injectable cabotegravir for prevention of HIV.

The study was conducted in nearly 4,566 men who have sex with men and transgender women at research centres located in Argentina, Brazil, Peru, US, South Africa, Thailand and Vietnam.

Also a Phase IIb/III study, HPTN 084 assessed the safety and efficacy of cabotegravir to prevent HIV in 3,223 women who are at increased risk of acquiring HIV.

The blinded, randomised portion of both studies were stopped by the Data Safety Monitoring Board as the drug showed superior protection when given every eight weeks compared with daily oral emtricitabine/tenofovir disoproxil fumarate (FTC/TDF).

ViiV Healthcare Research and Development head Kimberly Smith said: “With only six dosing days per year, long-acting cabotegravir would provide an option that eliminates the need for adherence to a daily pill.

“If approved, cabotegravir would play a role in expanding the PrEP landscape in the US, particularly for those who are most vulnerable to acquiring HIV.”

The company is planning to submit regulatory files by the end of this year to global regulatory authorities, with initial focus on countries in which the HPTN 083 and 084 studies were performed. 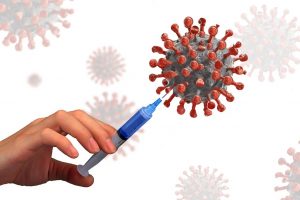