Altamira Therapeutics has signed an exclusive licensing and distribution agreement with Nuance Pharma for its nasal spray, Bentrio (AM-301), in Chinese Mainland, Hong Kong, Macau and South Korea.

A drug-free nasal spray, Bentrio is designed for personal protection against airborne viruses and allergens.

It forms a protective gel layer on the nasal mucosa upon application into the nose. The thin film helps in preventing the contact of viruses or allergens with cells.

As per the terms of the agreement, the company will be initially responsible for the supply of Bentrio to Nuance.

Nuance will make $1m upfront payment along with up to $3m in development milestone and up to $19.5m in commercial milestone payments to Altamira during initial phase of the supply.

Nuance will gain the right to register and market the nasal spray in the countries.

After certain milestones, the company will also undertake the product’s local production in the countries in the second phase.

Nuance will pay a staggered royalty to Altamira on net sales of the product in the countries upon assuming the local production of Bentrio.

“In addition, viral infections represent another high-volume opportunity for Bentrio in this region, so we are looking forward to launching this promising therapeutic to patients in the Chinese Mainland; as well as Hong Kong, Macau and South Korea. Bentrio fits well with Nuance’s continuous strategic focus in respiratory space.” 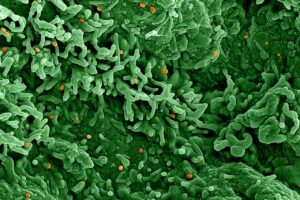