Australia has signed an agreement for 300,000 courses of molnupiravir, an antiviral pill that has shown signs of reducing deaths and hospitalisations due to Covid-19.

Being trialled in the US, this drug is yet to gain approval from the regulatory authorities.

The federal government of Australia has signed an agreement with pharma firm Merck Sharp and Dohme for the supply 300,000 courses if the drug receives approval from the country’s medicines regulatory authority, reported Australian Associated Press.

Once the approval comes, the drug would be made available as early as the Q1 2022.

The drug would then join the list of other treatments in Australia for Covid-19 including sotrovimab and remdesivir.

Australian Prime Minister Scott Morrison said: “While our vaccination rate continues to climb, we’ve been investing in and closely monitoring research into COVID-19 treatments and we are securing supply of promising treatments.”

Molnupiravir is to be consumed two times daily for five days by adults suffering with mild or moderate Covid-19.  Furthermore, this drug need not be stored in refrigerator.

In August this year, the Therapeutic Goods Administration gave the drug “provisional determination”, which is considered the first step for seeking registration for use in the country.

A final application is likely to be submitted soon.

Merck announced that the trials showed molnupiravir reduced hospitalisations and deaths by around 50%.

So far, about 79.6% of the people aged above 16 years have received the first vaccination dose. Presently, 56.9% of the people have been double-dosed in the country. 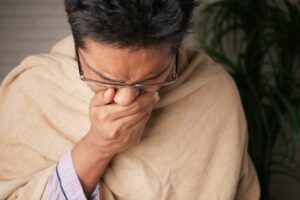